Showing posts from February, 2009
Show all

February 27, 2009
Bittersweetness is so... bittersweet. I have two treats for you, one to inspire and one to make you groan. The first is a Sermon Jam of John Piper speaking on the importance of memorizing Scripture: The second video is courtesy of Wretched Radio/TV : Plagiarism Squared." I found some information on the plagiarism over at Reformata .
Click to read more...

Banners at the Shepherds' Conference 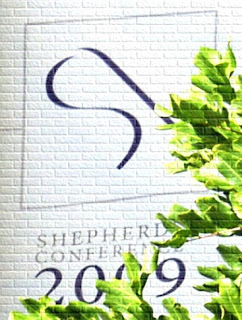 Here are some things around campus. I painted this on a wall at home in celebration. :) "Oh how I love your law! It is my meditation all the day." ---Ps 119:97 "The more we enjoy of God, the more we are ravished with delight" ---Thomas Watson "Your word is a lamp to my feet and a light to my path" ---119:105 "It is a sin and a shame not to know our own book or to understand the speech and words of our God." ---Martin Luther Anxiously waiting. God bless!
Click to read more...

Getting Ready for the Shepherds' Conference!!!! 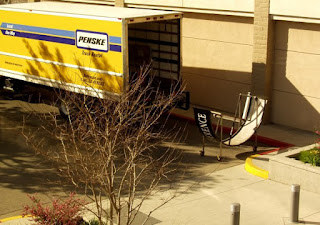 UPDATE: Please see http://gospelliving.blogspot.com/2009/03/shepherds-conference-audio.html for a full listing of Shepherds' Conference audio and corresponding speaker notes, as well as information on how to download the MP3's for free or to purchase the audio in other formats. ~~~~~~~~~~~~~~~~~~~~~~~~~~~~~~~~~~~~~~~~~~~~~~~~~~~~~~~~ Next Wednesday kicks things off, and I'm just sitting here in anticipation, watching them set up. This is going to be exciting. Here is the lineup: Dr. John MacArthur Dr. John MacArthur has been the pastor-teacher of Grace Community Church for 40 years. His pulpit ministry provides the material for the Grace to You radio ministry. John is the author of more than 70 books, including The Gospel according to Jesus, Hard to Believe, and The MacArthur Study Bible. He is also a conference speaker and president of The Master’s College and Seminary. He and his wife, Patricia, have four children and 13 grandchildren. Dr. R. Albert Mo
Click to read more... 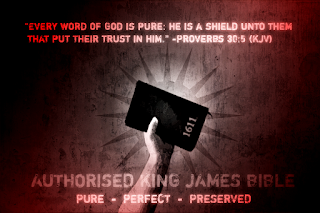 (last updated Nov 24, 2012) I'm doing a little bit of side-study on the "King James Version Only" issue (hereafter, KJVO). I was a KJVO during the early years of my Christian life, as I had been saved while attending a Fundamentalist, Independent Baptist church. So, the issue is a tender one to me. What is KJVO? There are several types of people who fall into the KJVO camp, most of whom are brothers and sisters in Christ.  Some simply like the sound and flow of the KJV.  We should feel free to walk with these folks in gospel fellowship. Others believe the Greek and Hebrew manuscript tradition underlying the KJV to be the best representation of Apostolic writing.  As all Bible translations postdating the KJV use more abundant source material, these folks, who are really TR or Textus Receptus Onlyists, find themselves KJVO by default.  These are simply well-meaning but mis-educated fellow believers. Then there are the hardcores.  This flavor of KJVO believe
Click to read more...

February 17, 2009
And she's very articulate for her age: (HT: James White ) As an aside , it's sad that people on YouTube cannot disagree with some class. It is one thing if you differ in opinion, it is quite another to lambaste a young girl utilizing inappropriate language. The person who posted the video had to shut down comments as a result.
Click to read more...

February 13, 2009
If you, as a parent, have wondered when it is time to have "the talk" with your child, don't be tempted to delay. If you, as a young person, have wondered about sex, check this out: " Baby-faced boy is father at 13 ." Four-feet tall Alfie, a youngster whose voice is yet to break, had one night of unprotected sex when he was 12. Though it was his first time, nine months later his daughter was born. As a parent , I get that out of this story that the sex talk needs to come much sooner, no matter how young the child may still seem. Note the dad's comment: " I will talk to him again and it will be the birds and the bees talk ." In other words, they hadn't gotten around to talking about the biggest temptation facing boys and girls. That's something for us to think about. I hope that young people get something else out of this story. For instance, in those days not-so-long-ago when I was a teen, I would like to have said that a de
Click to read more...

February 10, 2009
This is a response to a comment at Myspace Pisteuo from the question of whether Jesus would support gay marriage. In part, here was my comment: [It is true that] Jesus didn't say anything about gay marriage ... What Jesus did was affirm God's design for marriage, "from the beginning" between a man and a woman. Jesus also affirmed what Moses had to say time and time again , so there's no doubt as to whether He would approve of marriages between sodomites. ... The part I emboldened above is the line I am asked to defend in this comment: "time and time again" oh my, I think that's over stating the frequency. It is hardly mentioned in scripture. Add up the lines, compare it to the whole and you come up with a small matter over stated by leaders with an agenda. So, the question is whether Jesus cited Moses in an affirming way "time and time again," or if I am overstating the fact. First, as to the request to " add up the lines :"
Click to read more...

My Suggestions for New Bus Slogans 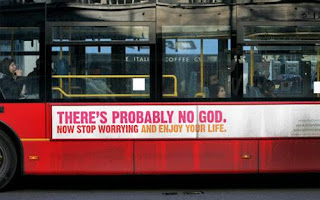 By now, you've probably heard of the atheistic slogans appearing on various buses. Here is one example: "There's probably no God. Now stop worrying and enjoy your life." What you may not have heard is that there is a nifty little bus slogan generator so you can create your own. Since I am intrigued by the logic of the atheist bus, I decided to offer some pithy suggestions. Pick a new motto from my buses bellow: "There's probably no danger. Now reduce your carbon — don't cook meat" That one is environmentally friendly and a means of population control. Very PC. Oh, wait, it still advocates the murder of animals... "You probably won't get caught. So enjoy your money — lie on your taxes." Just in time for tax season. "There's probably no cop. Speeding: Getting there faster while having fun." Over the top? Maybe too close to home. Feel free to make your own!
Click to read more...

What a title mishmash! Well, let me start here. Currently, The Master's Seminary is running the annual Faculty Lecture Series during the chapel services. These lectures serve as precursors to the Fall edition of the The Master's Seminary Journal. For example, the lecture series last year was on the topic of homosexuality: Date Title 2/14/08 Biblical Response to Homosexuality Download Alex Montoya Selected Scriptures The Truth About Hom
Click to read more...

If you enjoyed " Think Biblically ," and Red Letter Christians ... um, not so much, then you'll probably enjoy this one. The full title is "Right Thinking in a World Gone Wrong: A Biblical Response to Today's Most Controversial Issues." So, here is my HT , and I now engage the copy-n-paste: ________________________________________ This month marks the release of our new staff book: Right Thinking in a World Gone Wrong (Harvest House). The book addresses contemporary issues in entertainment, ethics, and politics. In an effort to introduce it to you, we will be running excerpts here on Pulpit over the next few days. (To visit the publisher's promo page for the book, click here . ) Here is the Table of Contents: Introduction: The Bible and Real Life (John MacArthur) * * * Section 1: Entertainment and Leisure 1. Glorifying God in the Gray Areas: Christian Liberty and the World of Entertainment (
Click to read more...

February 04, 2009
HT: Justin Taylor ... Rick Holland interviews John MacArthur about his 40 years of ministry at Grace. You'll probably learn stuff about MacArthur you didn't know: his brush with the law during the Civil Rights Movement, his conversion story, his tryout with the Redskins, his candidacy at Grace, his historical heroes, the MacArthur Study Bible, his regrets, how long before he has finished preaching book-by-book through the whole NT, etc. There's both a transcript and an MP3 .
Click to read more...
More posts