Showing posts from December, 2009
Show all

A little pat on the back, but also an encouragement to do more.  (HT: Slimjim )
Click to read more...

Examine Yourself for the NewYear

December 28, 2009
Jesus warned his disciples to be "wise as serpents and innocent as doves" (Matt 10:16), something I think we could apply here.  This list is courtesy of ConsumerAffairs.com . "Free" trials  -- Read the terms and conditions (the part nobody reads) before giving them your credit card for "shipping" charges.  If there are no terms or conditions, pass on the free sample or you might be in next year's story.  Mortgage motification/foreclosure "rescue"  -- Obama isn't the only one claiming to give you help, and you might want to seek an alternative either way. Debt settlement  -- Similarly, there are plenty of scams claiming to help your debt.  It really is disgusting, but expect that there are people who will prey on your crises.  Government stimulus  -- Basically, if you get an unsolicited email from the government, delete it.  :-) Acai berry  -- Scammers know how to harness the power of Oprah to fool us into thinking we can lose weight
Click to read more...

John MacArthur on the legacy of Oral Roberts ... need I say more?
Click to read more...

December 18, 2009
We have two major celebrations—Christmas and Easter. The two are vitally interwoven, as the reason Jesus came that Christmas morn is proclaimed in the Resurrection. In this second part of two-part series concerning Christ's humanity, consider whether it was important for Jesus to be a real person rather than a fictional ideal. If you haven't read part one, you can do so  here . _________________________________________ The importance of His humanity for us Paul Enns writes, “ Christ came in the ‘likeness of sinful flesh’ ….  He did not come in the mere likeness of flesh—then He would not have been truly human ….” [1]  Christ’s literal presence in first-century Palestine is vital to the Christian faith. If he did not come in flesh, then the hope of Christianity evaporates. The Old Testament expected a man, not a distant, impersonal deity. He was the Victor coming as  the seed of the woman  (see  Gen 3:15 ). He was, in the classic Christmas verse of  Isaiah 9:6 , a “ chi
Click to read more... 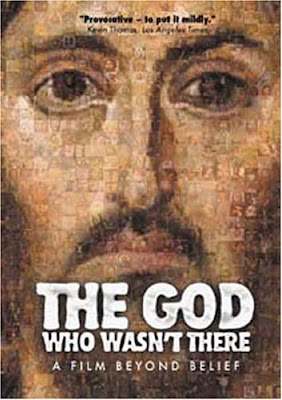 (Reposted from April for some Christmas reflection.) It has become a fad among pop-atheists and agnostics to deny the reality of Jesus Christ’s existence. Documentaries such as “The God Who Wasn’t There” [1] explore the possibility that “Jesus” was a spiritual message, not a historical person. Likewise, Zeitgeist, [2] which the filmmakers have provided free, [3] argues that Jesus is just another avatar myth and states “ there are very high odds that the figure known as Jesus, did not even exist .” In an interesting discussion on “The Infidel Guy” radio program [4] (which began on the supposed corruption of the New Testament), Dr. Bart Ehrman (who disbelieves in the orthodox view of Jesus) was forced to defend the position that Jesus Christ existed. [5] These attacks are not unique, but represent a conscious hatred of anything appearing “Christian” in history among many young, self-described free-thinkers on the Internet. Their attacks are not the focus of this paper, but they g
Click to read more...

December 13, 2009
Happy Chanukah to all of our Jewish friends! Here are a couple of classics: Adam Sandler: My Menorah:
Click to read more...

A Testimony to God's Grace

December 11, 2009
R.C. Sproul, Is the Celebration of Christmas a Pagan Ritual? While the New Testament doesn't require that we celebrate Christmas every year, I certainly see nothing wrong with the church's entering into this joyous time of celebrating the Incarnation, which is the dividing point of all human history. Originally, it was intended to honor, not Mithras or any of the other mystery religion cults, but the birth of our King.
Click to read more...

What is the origin of the stories of Jolly Ol' Saint Nick?