Showing posts from September, 2012
Show all

"And to the angel of the church in America, write..."

If you have enough faith, you don't need to share the gospel to get people saved.

September 25, 2012
Todd Bentley , mastermind of the Lakeland Florida revival sham , again proves the systemic problem with the Word-Faith movement: " Here's what I want to say, guys.  Don't try to bring them the gospel, [but] try to bring them the power. ... If I can get my hands on 'em, I can get them saved without a presentation of the gospel, [and] without a tract.  ... Don't ask them whether they want to get saved; don't even give them the option.  Just say, 'Let's pray.' ... Don't give them the option because then they have to much to think about. ... Don't ask them, 'Do you want to get saved;' just leave that terminology alone ." Video: What does he mean that he "lead them [the gang members] to Jesus" if he did not give them a gospel invitation or talk about their need for salvation?  One can only wonder.  He opens up this talk with his own great works, and continues to discuss the great sav
Click to read more...

Did Jesus have a wife?

September 24, 2012
The New York Times reported it; long live Dan Brown.  Perhaps you’ve seen the news reporting a fragment containing the words, “And Jesus said to them, my wife….”  Wow – this would be the first text of antiquity ever discovered that says Christ was married, despite the claims of The DaVinci Code.  Are the walls of orthodox Christianity crumbling around us? Here are the quick facts: we have a Coptic (not Greek) fragment, of unknown origin, oddly, very rectangular in shape, dating to the fourth century, possibly to a region containing those other works of historical fiction we call spurious gospels, saying that Jesus has a wife.  Those are a lot of qualifiers for this find to overcome.  When we contrast this dubious papyrus segment to the historical strength bolstering the four biblical gospels, it’s hardly time to change the way we understand Jesus’ relationship to Mary. Here are some learned posts if you are interested in studying this issue: Evangelical Textual Criticism: Gospel
Click to read more...

Find a Biblical Counselor for Your Needs

If you are in need of biblical counseling in general, I recommend using the search tool on the NANC website:   http://www.nanc.org/Find-a-Counselor.aspx If you are in conflict and seeking counsel, visit NANC or PeaceMaker Ministries : Certified Christian Conciliators Certified Christian Conciliators for Marriages   Mediation/Arbitration
Click to read more...

What are bath salts?

Drug education isn't a usual feature here, but in case you were wondering: So, be educated, watch your kids, etc.
Click to read more... 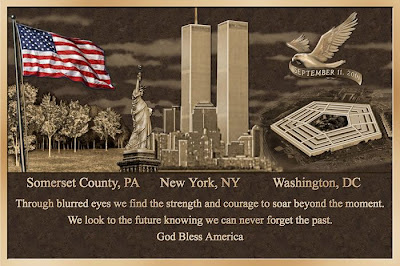 HT: Dan Phillips - This is pretty funny. Jim Caviezel (of the movie The Passion of the Christ, and the TV series Person of Interest) with Chicago's Keith Howland, doing "If You Leave Me Now" — as Christopher Walken.
Click to read more...

The Bible Authenticates Itself; Proves Christ

September 05, 2012
To the skeptic, we proclaim a message that can evidence its own claims through predicative prophecy.  To the Jew, we uphold the Messiah, the one foretold by the prophets of old. Dr. Steve Lawson explains in this brief video: HT: Reformation Theology
Click to read more...

September 04, 2012
From Rick Thomas: Life Lesson 1  -  Your starting point will determine how you end. Start here: your parents are not perfect . Life Lesson 2  -   Life is not fair – get used to it! Life Lesson  3  -   The world doesn’t care about your self-esteem. The world will expect you to accomplish something before you feel good about yourself. Life Lesson  4  -   If you think your teacher is tough, wait till you get a boss. Life Lesson  5  -   Flipping burgers is not beneath your dignity. Your Grandparents had a different word for burger flipping: they called it opportunity. Life Lesson  6  -   If you mess up, it’s not your parents’ fault, so don’t whine about your mistakes, learn from them. Life Lesson  7  -  Before you were born, your parents weren’t as boring as they are now. They got that way from paying your bills, cleaning your clothes and listening to you talk about how cool you thought you were. So before you save the rain forest from the parasites of your parent’s generation, tr
Click to read more...

September 03, 2012
I remember an interesting conversation with a skeptic about certainty.  I asked him if he was sure that the equation 1+1=2 holds true at all points in the universe.  Forced to admit that he wasn't certain of mathematical constants, he admitted that he had no basis for such a belief. ME: " With your degree in mathematics, do you live as though there's nothing certain, or do you take mathematical constants for granted? "  HIM: " I guess I take it for granted.  Nothing would work otherwise. " I want to give a hat-tip to SlimJim for finding this article at MathIsChristian: The Futility of All Non-Christian Approaches to the philosophy of Mathematics.
Click to read more...
More posts