Showing posts from October, 2011
Show all

FF: How Harry Potter should have ended

For your Halloween treat; this might be spoilerific if you haven’t seen the last movie.
Click to read more...

The #1 killer of African Americans 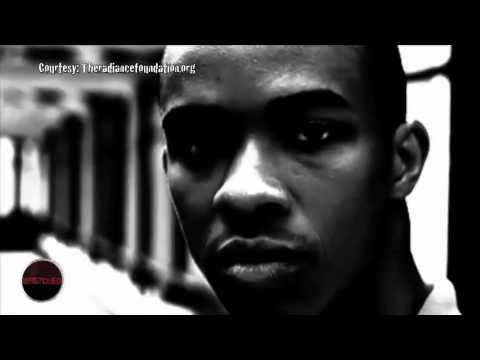 October 25, 2011
It's easy to say, "I won't debate him because it's not worth my time."  Sometimes that may be a true statement (cf. Pro 24:4-5), but as mennoknight points out, sometimes these are the words of a cheeky lad who never quite grew up .
Click to read more...

Caution, not for the kiddies: Watch it now >>>
Click to read more...

October 22, 2011
The heavens declare the glory of God, and the sky above proclaims his handiwork.   (Psalm 19:1 ESV) I had one of those moments that reminded me of the importance of a parent knowing what their child is learning.  Our fifth-grader is preparing to move into a unit on the atmosphere in her science curriculum, and, of course, Psalm 19:1 came to mind.  I explained that we are "thinking God's thoughts after Him" when we learn how the design of the world helps us to survive. As I was flipping through her notes in preparation, I noticed a page that starts, " So where did our atmosphere come from? "  I sighed.  " Evidence seems to suggest ..." is not a known or testable statement; it is a statement of faith just as much as believing God created it, with the exception that creationist evidence is censored in major scientific journals. It continued to say that " when the Earth first formed, it had little or no atmosphere at all ."  That is a l
Click to read more...

FF: Faster than the speed of Tweets

October 16, 2011
Pro-homosexual activists threw concrete through windows Saturday in Arlington Heights, IL, because they said there was a homophobic meeting taking place there.  They not only damaged property, but they've also taken the terrorist route and threatened more attacks if the event, where Erwin Lutzer was the keynote speaker , is not shut down. Hmm... so who are the phobic ones?    ATFAH   repeatedly stated  that they and their speakers oppose violence against homosexuals, but that is not a feeling reciprocated by those who love an undisturbed lifestyle choice. Pray that those who are involved with this crime come to the truth of the gospel, repenting of their current downward spiral of sin, and for the continued safety of all in attendance at the  event. The downward spiral in Romans 1:22-32: Claiming to be wise, they became fools, and exchanged the glory of the immortal God for images ...  Therefore God gave them up in the lusts of their hearts to impurity, to the dishonoring
Click to read more...

Of course, I was doing this before it was cool: HT: Ken Silva
Click to read more...

That rope around the ankle of the high priest (Yom Kippur)

October 06, 2011
Tomorrow is Yom Kippur , the Day of Atonement.  In ancient Israel on this day, the people gathered in anticipation as the High Priest brought the sacrifice into the Holy of Holies.  Would God accept the sacrifice? Dr. Will Varner has a post exploding a popular myth repeated by many of us in regards to this day: there's no ancient support for the idea that the High Priest wore a rope or chain just in case the other priests had to pull his dead body out . Of course, the human priests did eventually die like the rest of us, and they, by God's design, were never done with their offerings. Heb 4:7–12: This makes Jesus the guarantor of a better covenant. The former priests were many in number, because they were prevented by death from continuing in office, but he holds his priesthood permanently, because he continues forever. Consequently, he is able to save to the uttermost those who draw near to God lthrough him, since he always lives to make intercession for them. For i
Click to read more...

A must-read article on Noah’s Flood