Showing posts from April, 2011
Show all

FF: Survival in the office

I adapted this back in 2007 from (then-called) Way of the Master Radio and from a Worldview class I took. ~~~~~~~~~~~~~~~~~~~~~~~~~~~~~~~~ T USED TO BE that animals did not clot when they were cut. So, any time one would walk by a bush and cut itself, it would bleed to death and die. This was serious. So, the animals got together and held a meeting as to the best course of action. A primitive canine suggested going to a vet in the event of a cut, but given that humans had not yet evolved, let alone invented medicine, this would not work. An ancient hamster suggested laying down on the cut, but this would not work for all cuts and besides, who wants to spend the rest of his life laying down on his side? Finally, a wise owl flapped his wings with an idea. Well, actually, it flapped its scaly arms, since it had not evolved wings or feathers yet. The animals laughed as the green, scale-covered owl fall from the tree, having forgotten it still was not capable of flight. It quic
Click to read more...

Questions I must ask myself as a preacher

April 26, 2011
We had the pleasure of gleaning from John MacArthur's insights on preaching this morning with a Q&A.   While he was talking about the importance of expository preaching (preaching that draws out the meaning of a text and its implications on a modern audience), I decided to jot down some of his points in question form just to make it a bit more personal.  I hope you can also find it useful. Will I establish the authority of God over the mind and soul of the hearer? Am I the authority? Whose words will I speak? If it is the words of the true Head of the church that I truly what to preach, am I being faithful to that aim? Can I walk the line of being the central personality in the pulpit without giving the impression that I am in charge? Who will I model as the sovereign head of the church? What is the most important impression I want to establish when entering a church for the first time? Will I facilitate the work of the Holy Spirit through expository preaching? What i
Click to read more...

FF: Now we are beginning to deal with the true effects of these movies 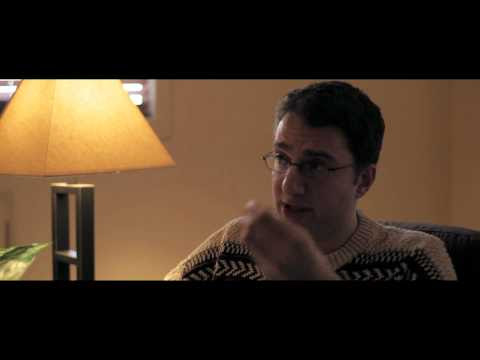 Signs You Are Not Wakened to the Gospel

April 20, 2011
This is a post I've been siting on for a while in bittersweet contemplation.  I had thought about using it as an illustration in a message, and I still might, but then I thought that those who haven't seen the list yet need a peek. Jared Wilson posted it on his blog, Gospel-Driven Church . His book,  Gospel Wakefulness , is coming out through Crossway and expected to hit the shelves this Reformation Day. If the following excerpt is any indication, it will be a humdinger. I hope it provokes the same contemplation for you as it did for me.  Read it when you have opportunity to go off by yourself and spend time with Father.  Dear Christian, don't make assumptions or excuses, and don't let yourself be distracted.  God bless. Signs You Are Not Wakened to the Gospel: The gospel doesn’t interest you—or it does, but not as much other religious subjects. You take nearly everything personally. You frequently worry about what other people think. You treat inconvenience
Click to read more... 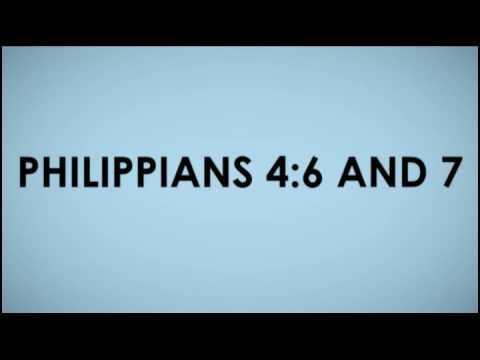 I've heard good things about Seeds Family Worship , a company which sets key Bible verses to song to aid in memory. JT announced that his readers are now offered a 20% discount on the CDs . (I type this in part, of course, for those not currently reading his blog -- if you have the time, add his stuff to your feedreader. If anything, discounts are nice.) At any rate, the CDs are reasonably priced. Taylor also notes some free stuff: Worship leaders can get free chord sheets for all the songs  here . You can download a  Scripture memory checklist , as well as  memory cards  for each album. And here are some music samples: Philippians 4:6-7 - "Do Not Be Anxious" 1 Timothy 4:12 - "Young" Psalm 55:22 - "Cast Your Cares"
Click to read more...

The individual who compiled this vid did not do well on the transitions.  As such, it cuts to other clips in a couple of unexpected places.  If you can forgive that, though, this is an excellent introductory presentation on these issues.  Kudos, testskriftene !
Click to read more...

How Do You Frighten Someone Raised from the Dead?

A sharp little prod of love for you 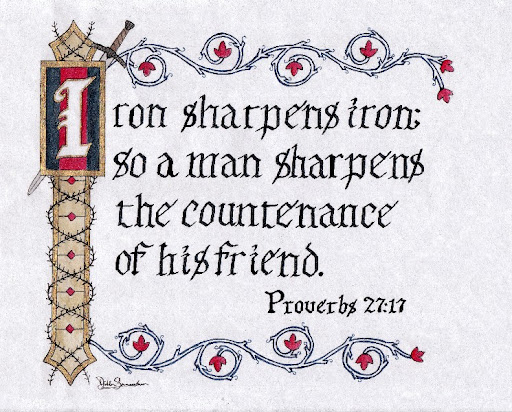 I found this while looking for some stuff to use over at deviant art : If you are not planning to attend a church in your area tomorrow, go.  You might need some sharpening from a friend.
Click to read more...

FF: The Internet, According to the 90's

Four More Years! Yes We Can!

Debate: Does Good Come from God?

April 13, 2011
Dr. William Lane Craig is not someone I agree 100% with in regards to his theology and apologetics (that would be the disclaimer for all of the mean-spirited), but I respect him, his philosophical musings, and apologetic work. And here's something I'm sure you'll really love: he tackles Sam Harris, one of the "New Atheists" and author of "The End of Faith" and other kindling to keep you warm on those still-chilly April nights. Check out this link provided by TurretinFan and his helpful review to either watch the debate on YouTube or download the MP3.
Click to read more...

That awful T-word in religion

Theology is not as cold or mechanical as you may think: (HT: DefCon )
Click to read more...

FF: So, we all went on vacation and ended up in a music video 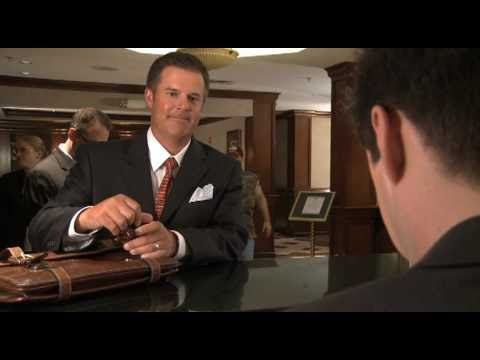 Reminds me of home in Florida, for some reason:
Click to read more...

HT to James White, who linked to this video with the simple words, " A Parody That Accomplishes Its Task ." Robbed Hell - C.A.S.T. Pearls Presents from Canon Wired on Vimeo . For those who are still unaware of the repackaged universalism that has hit the shelves, this video is a parody of heretic (not using the word lightly) Rob Bell's new book trailer: I love one of the comments on the parody page. Cindy Telisak wrote: God so loved the world, that he didn't leave us scratching our heads or gazing at our navels forever, wandering in circles until we fell down unconscious, while we collected royalty checks. As a closing note, check out the Irish Calvinist's comment on the one good point in Rob Bell's video .  In part: In this post my beef is not with Bell’s hell but the guy who found it necessary to drop a note on the art and let everyone know that Gandhi is in hell.  Here’s my issue: what does a note like that accomplish? What is the objectiv
Click to read more...

Generally, I'm not all too good at math, but the KJV was first published in 1611, making its age easy to figure at  300 400 years old. A number of events are celebrating the rich history of this translation of God's Word, and here are a few links of note. First, Grace Presbyterian Church held its KJV@400 conference this past week, featuring Leeland Ryken (on a related note, click the image on the right to order his book). Here are the MP3 downloads if you are interested: Dr. Ryken: What Makes the King James Version Great? Dr. Ryken: The King James Version as Cultural Influence through the Centuries Dr. Ryken: The King James Version and English Bible Translation Today Dr. Dodson: The Glory and Power of the Bible Dr. Dodson: William Tyndale: God's Translator Second, there is a 90 minute documentary on the KJV now available. " KJB: The Book That Changed the World " features John Rhys-Davies, who fellow nerds might know as the professor from "Slide
Click to read more...

April 06, 2011
Ken Ham warns of the growing intolerance of "the tolerant," those who believe that anyone who would believe something absolutely are absolutely wrong.  It is okay to embrace diversity, but it is wrong to tell folks that their beliefs are wrong. The good law prof of Washington Law School affirms that " there are limits to tolerance ." It's interesting. I don't know many who are threatened by opposing view points, but the language is becoming clearer that the real threat are Christians who evaluate the naturalistic worldview of the state system and conclude, " Not only is that not a sufficient explanation of the universe, I still believe the Bible to be the Word of God ." This is not just a concern for homeschool families.
Click to read more...

Finding Jesus in the Book of James

April 05, 2011
You may never have considered this question, but James comes under a lot of fire for not mentioning Jesus frequently.  Some have taken up the idea that the epistle was a Jewish document that was later "Christianized."  Whatever its origin, they just don't see it meshing well with Christian doctrine. Yet, if it is, as we believe, a product of the Holy Spirit, then there is cause for us to mine the text.   There is sufficient cause for us to be challenged in our sin and provoked to worship! Will Varner, who published a concise commentary on James for the body of Christ , tackles this question  in a recent blog post .  Based on the following information, he argues that the Epistle of James is the most " Jesus-saturated book in the New Testament, following of course the Gospels ." Jas 1:2 - Mt. 5:11-12 — joy in tribulation Jas. 1:5 - Mt. 7:7; Lk. 11:9 — ask and you will receive Jas. 1:6 - Mt. 21:21 — faith and doubting Jas. 1:12 - Mt. 5:11-12; Lk. 6:22-23 —
Click to read more...

Muslim Men: Beat Your Wives to the Glory of Allah!

Andy over at Veritas posted these three gems: And here are the instructions to legally kill her:
Click to read more... 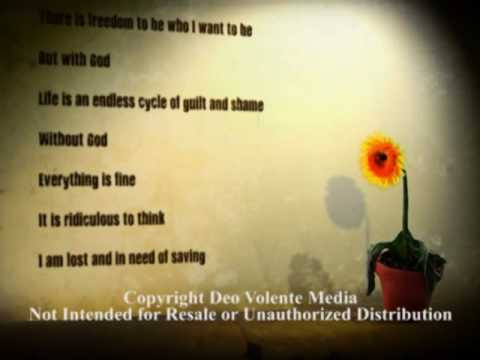 I've seen this a couple of places, and let me tell you that if you haven't, it's worth your time:
Click to read more...

For those who do not know, McCraney hosts (used to host?) the program " The Heart of the Matter ," exposing what he believed to be errors, inconsistencies, and downright heresies in the Church of Jesus Christ of Latter-day Saints. Many simply branded him Anti-Mormon, and others point out that his apostasy from the LDS church was due to sin, not theological convictions. Well, he announced the end of "The Heart of the Matter" with a pledge to renounce Christianity to once again embrace Mormonism.  Hear him explain in his own words:
Click to read more...
More posts