Showing posts from October, 2009
Show all

The crucial difference between Roman Catholic and biblical salvation

October 31, 2009
Why did we need reformation? What was up with Luther? This 10 minute video is from a 2007 Reformation Day message preached by R. Scott Clark. (HT: Heidelblog , which has links to another Reformation vid, “Calvin as Theologian of Comfort.”)
Click to read more...

Star Wars: What's all the noise?

Dealing with Relativism (1 of 2)

I was asked to speak on a subject that I am still in the midst of understanding: relativism. More to the point, I was asked to speak on "dealing with relativism." Oh, boy. Hopefully, it is helpful! ______________________________________ When I was a young man learning about my new faith, I was still learning about life in general. I was greatly disturbed by one phrase used by the adults around me: “The world is not black and white.” What did this mean? Are there no transcendent moral judgments, no absolute truths, or no way of determining whether something is right or wrong? It seemed like a satanic statement, not wise advice. As I’ve grown older, I’ve developed an appreciation for what my elders were trying to convey. They were not (at least, not those of close relation to me) saying anything like what I thought. The simple truth of life is that things are rarely what they appear, and it is foolish to hasten toward decisions on situational questions. A proverb
Click to read more...

October 21, 2009
Most of you might know that my computer has been down for several days, the highlight of which included a complete wipe of my hard drive and re-installation of all my doodads.  It took me all of yesterday to figure out how to reinstall Office 2007 onto my (*ahem*) Windows Vista-powered laptop.  A dozen websites later, I finally got things going. So, to save other people the hassle, here are the instructions to install Word, etc., after a reformat. Have your CD handy.  Do not put it into the computer.  Also, have your phone ready. Uninstall any version of Office that came with your computer.  If you accidentally loaded an older version of Office because you thought you had the current CD, uninstall it.  Restart. Tell your computer that it is okay to have "Run" on your Start button.  (Right-click on taskbar, click Properties, click on the Start Menu tab.  The Start Menu radio button should be selected.  Click Customize, scroll down and check the Run command check-box.
Click to read more...

October 20, 2009
Vote for your favorite reformation song: The Rap The Polka As a bonus, here is Lost and Found's The Lutheran Song . In case you're unacquainted with the tale of Luther nailing the 95 Theses to the wall, here is a dramatic reenactment .
Click to read more... 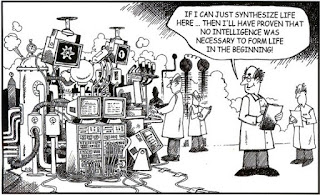 Lewis' "Great Divorce" to be a movie 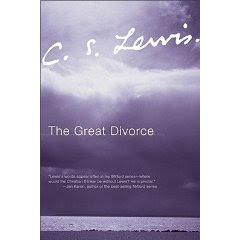 This book is one of my favorites in vividly illustrating 1) why we deserve Hell and 2) why people in Hell would still never choose to go to Heaven.  Say what you might about C. S. Lewis, and I know that there are a few well-grounded criticisms of the book, but this book is still a gold mine for illustrations and "ah-ha!" moments.  Now, what will a movie based on the book be like?  We'll find out.  Beloved Pictures has purchased the film rights, and The Great Divorce appears on their site as a coming film project.  Founded in 2007, I just don't know anything about them yet, so it's your best guess as to where they will take the film. But, here is some intel from Mason Harrison : Beloved has attached David L. Cunningham, who helmed To End All Wars (Twentieth Century Fox), The Path to 9/11 (ABC), and Seeker: The Dark is Rising (Twentieth Century Fox/Walden Media), to direct.  Michael Ludlum, Caleb Applegate and Robert Abramoff are all attached to produce.
Click to read more...

The Weather of the Bible: An Overview of An Overlooked Aspect of Biblical Backgrounds

The next Bible-Science Association meeting at the Master's College will be Oct 17.  The following is the ad from their site (PDF file) : 7:00 PM - The statements about weather in the Bible are numerous, telling, but often overlooked.  The Bible not only detailed the Hydrological Cycle centuries before the scientific community, but also details specific information about weather and weather related phenomena that even today still puzzles the meteorological and climate forecast community.  This lecture will look at some issues related to Biblical interpretation as it relates to weather, the weather as a demonstration of the power of God, and an overview of the current hysteria over "Global Warming" and something called the "Evangelical Climate Initiative." Our speaker, Dennis Swanson - M.Div The Master's Seminary, D.Min Southern Baptist Theological Seminary, entered the ministry after serving almost 15 years at LAPD.  He has contributed over the years to th
Click to read more...

Flash: Can the Mormons stop NASA in time? 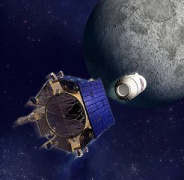 From Defending. Contending. : With NASA’s planned bombing of the moon this Friday (see the news article here ), I have to ask again ( as I did last year when the announcement was first made), Will the Mormon church be able to stop NASA’s planned assault of the moon? Since Mormon leaders have taught that the moon is populated (along with the sun), I anticipate that the LDS church will vehemently protest this planned attack on the moon . I expect to see the LDS church publicly confront NASA on their disregard for human life and their insensitivity to the inhabitants of the moon. This NASA experiment has the potential to not only harm the human inhabitants of the moon, but if the moon dwellers are growing any of those spiritual LDS vegetables , those crops and their entire agricultural infrastructure are sure to be decimated as well. Can the LDS save the moon people and spiritual veggies in time? If they don’t take a stand here and now Kolob may be next!
Click to read more...

An Overview of the Book of Revelation

October 08, 2009
And why not copy-n-paste?  Here is Dr. Robert Thomas' post, as it appears on Pulpit Mag : How do you strengthen people who are persecuted because they are Christians?  How do you motivate God-rejecting people to repent and turn to Him?  God’s answer to both questions is by telling them what is to happen in the future, the very thing He does in the last book of the Bible. That book, Revelation (sometimes called the Apocalypse) by name, centers around prophetic predictions of the future (Rev 1:3; 10:11; 18:20; 19:10; 22:6, 7, 9, 10, 18, 19).  Revelation plays a significant role in biblical prophecy as a whole.  John, one of Jesus’ twelve Apostles, wrote the book in about A.D. 95 while in exile on a small Mediterranean island off the coast of Asia Minor (1:9).  The resurrected Jesus appeared to Him there and gave him information about the future for him to deliver to messengers from seven churches of the nearby Roman province located in the western portion of what is today the coun
Click to read more...

Homeschool fun with my 5 year old

How do you get sanctified?

Announcing the new Doctor Who logo

October 07, 2009
And, linky link, here is a vid someone made tracking the evolution of the Dr. Who logo.
Click to read more... 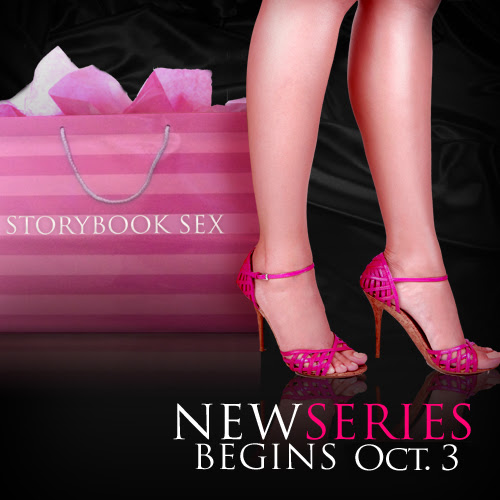 Stories like this make me ill. This church has decided to sell sex rather than provide hope and life from the Scriptures. Where do sex-obsessed people seeking God go when the church is just as pornographic as the culture? there will be false teachers among you, who will secretly bring in destructive heresies, even denying the Master who bought them, bringing upon themselves swift destruction. And many will follow their sensuality , and because of them the way of truth will be blasphemed. And in their greed they will exploit you with false words. ... (2 Pet 2:1-3) Since Jesus overturned the tables of the moneychangers in the first century, I often wonder what He would overturn in today's "churches." I appeal to you, brothers, to watch out for those who cause divisions and create obstacles contrary to the doctrine that you have been taught; avoid them. For such persons do not serve our Lord Christ, but their own appetites , and by smooth talk and flattery they dece
Click to read more...

If naturalistic evolution is true, then where are all the people?

Is Christianity a Myth? Barker vs. White Debate