Showing posts from May, 2017
Show all

May 30, 2017
In those days, when again a great crowd had gathered, and they had nothing to eat, he called his disciples to him and said to them, 2  “I have compassion on the crowd, because they have been with me now three days and have nothing to eat. 3  And if I send them away hungry to their homes, they will faint on the way. And some of them have come from far away.” 4  And his disciples answered him, “How can one feed these people with bread here in this desolate place?” 5  And he asked them, “How many loaves do you have?” They said, “Seven.” 6  And he directed the crowd to sit down on the ground. And he took the seven loaves, and having given thanks, he broke them and gave them to his disciples to set before the people; and they set them before the crowd. 7  And they had a few small fish. And having blessed them, he said that these also should be set before them. 8  And they ate and were satisfied. And they took up the broken pieces left over, seven baskets full. 9  And there were about four
Click to read more... 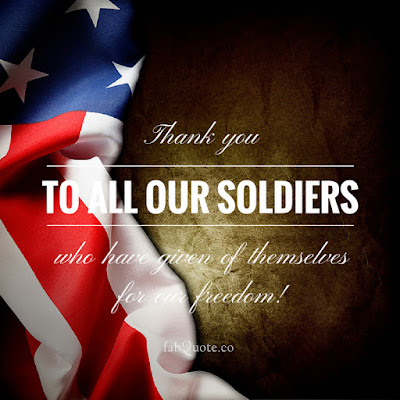 The Choosing of the Twelve | Mark 3:13–19 Shaun Marksbury | Quacco Baptist Church Sunday Evening Service | 21 May, 2017 If God so uses ordinary people in this way, then He can use us.  But we need to know the Savior and spend time learning at His feet.  In this passage, the twelve apostles are called, commissioned, and considered, so let’s see what lessons we can draw from it. Video: https://www.youtube.com/watch?v=ttewvhUiozk Audio: http://www.sermonaudio.com/sermoninfo.asp?SID=524172221494
Click to read more...

He Emptied Himself: A Study of the Kenosis of Christ | Mike Riccardi | 2017 Shepherds’ Conference 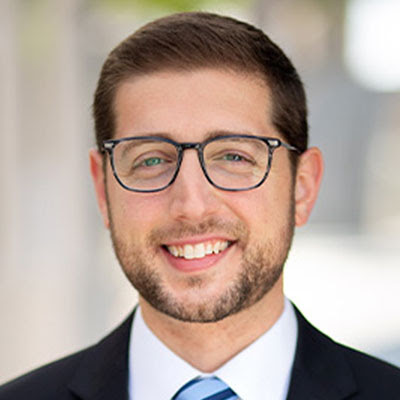 He Emptied Himself: A Study of the Kenosis of Christ Mike Riccardi | 2017 Shepherds’ Conference This is one of the best presentations I've heard in a while concerning the relationship between Jesus's human and divine nature.  In many quarters, there're growing misunderstandings concerning the Kenosis or "emptying" of Christ in Philippians 2:7.  He lost none of His deity on earth.  MEDIA LINKS:   MP3  /  PDF Mike Riccardi GraceLife | Elder Local Outreach | Elder MORE SERMONS
Click to read more...

In Our Place | The Atonement | Matthew Barrett | 2017 Shepherds' Conference 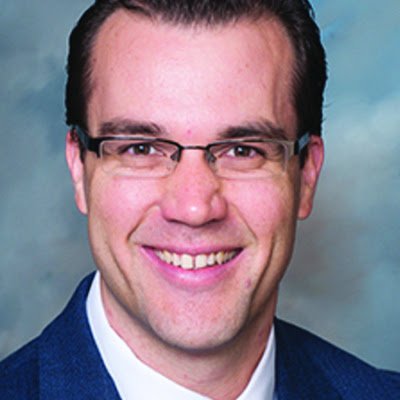 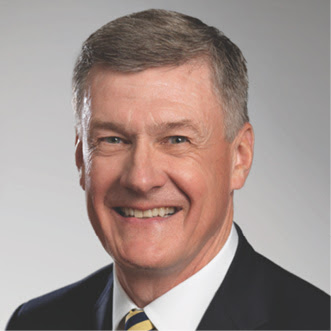 The Way, the Truth, and the Life | General Session 9 | Miguel Nuñez | 2017 Shepherds' Conference 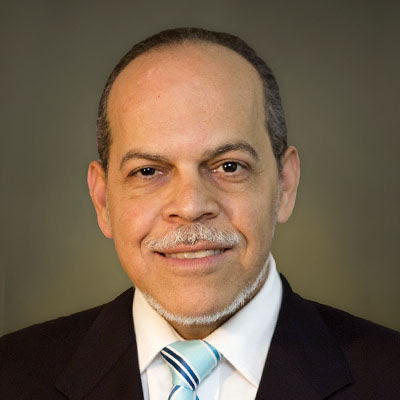 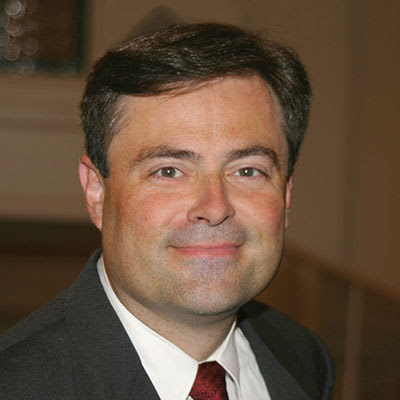 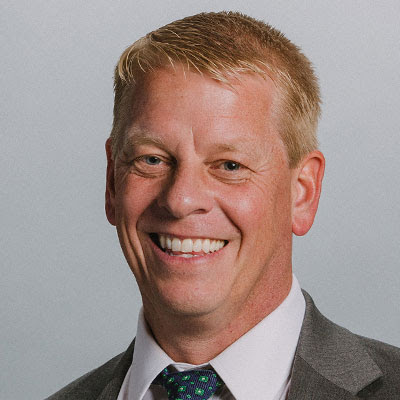 Seeing Christ in All of Scripture? | Abner Chou | 2017 Shepherds' Conference 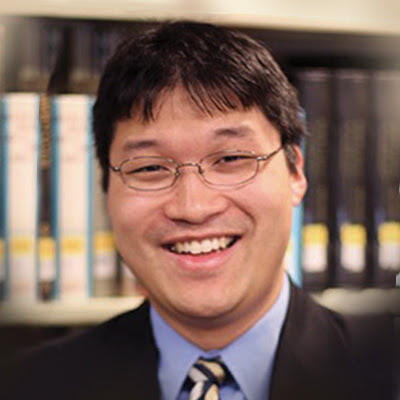 Seeing Christ in All of Scripture? by Abner Chou Reading the OT the Way Jesus Did 2017 Shepherds' Conference Are we really supposed to reinterpret Old Testament Scriptures to make Jesus fit into them?  MEDIA LINKS:   MP3 Abner Chou MORE SERMONS
Click to read more...

May 18, 2017
31  Then he returned from the region of Tyre and went through Sidon to the Sea of Galilee, in the region of the Decapolis. 32  And they brought to him a man who was deaf and had a speech impediment, and they begged him to lay his hand on him. 33  And taking him aside from the crowd privately, he put his fingers into his ears, and after spitting touched his tongue. 34  And looking up to heaven, he sighed and said to him, “Ephphatha,” that is, “Be opened.” 35  And his ears were opened, his tongue was released, and he spoke plainly. 36  And Jesus charged them to tell no one. But the more he charged them, the more zealously they proclaimed it. 37  And they were astonished beyond measure, saying, “He has done all things well. He even makes the deaf hear and the mute speak.” Jesus remains in Gentile territory as He heads back southward.  This would have been an odd route, apparently avoiding Galilee.  He arrives in the region of Decapolis, the ten cities, where He healed the man with th
Click to read more... 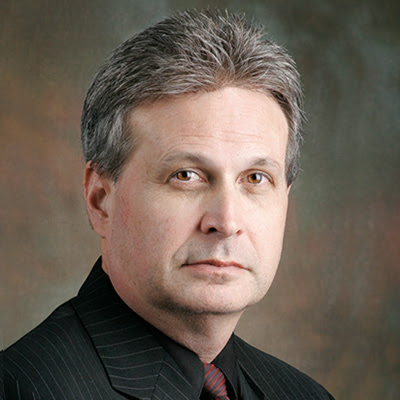 Prime Characteristics of a Faithful Teacher of God's Word by David Farnell 2017 Shepherds' Conference The goal of faithful pastors should be to disciple sheep to look like Christ.  There are teachers in churches that look for followings, but the heart of the shepherd should be to point people to Christ.  MEDIA LINKS:   MP3 David Farnell MORE SERMONS
Click to read more...

How should a church deal with differences?

In this Q&A Ligonier panel, John MacArthur stands out as a dispensationalist among covenant theologians.  If you don't know what those terms mean, simply put, they represent different views on the end times.  Yet, these are not the root issues at hand. How can these men sit together on a panel, then, and what can we learn from them in our own church contexts? When our church was going through First John, we looked at John's commitment to hard-edged, black-and-white issues of truth walking in harmony with his call to love.  One illustration we used was that, while  truth gives us the right notes to play, love fine-tunes our hearts. Churches must be concerned about doctrine, and discussions can get heated among those who all share a love for the truth of God.  That, by the way, should not be seen as wrong somehow.   Doctrine does divide (as Sproul says), and the church that doesn't care about doctrine is a dead church. Still, we all must guard against any hint
Click to read more...

REVISITING: As It Is Written | Brad Klassen

May 15, 2017
I received a question regarding Brad Klassen’s talk at the 2017 Shepherds’ Conference (which I posted here ).  There was some confusion as to what he was arguing, and this topic is definitely worth taking another look, so I typed up a quick summary as I listened.  I hope it helps. First, Klassen’s bio ( here ) reads as such: Brad Klassen serves as instructor of biblical exposition at The Master’s Seminary. Prior to joining the seminary faculty in 2013, Brad served with Grace Ministries International in Russia for twelve years. Brad holds degrees from Providence University College (B.Th.) and The Master’s Seminary (M.Div., Th.M.), where he is currently pursuing his Th.D. His topic was Christological in one way but bibliological in another.  That is, it was to look at the Person of Christ in relation to the New Testament Scripture.  The key question here is whether Jesus knew that His disciples would write Holy Scripture; Klassen argues that Christ both knew and authorized t
Click to read more... 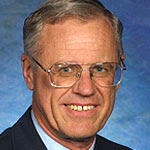 Absolutely Necessary? by Keith Essex The Doctrinal Importance of the Virgin Birth 2017 Shepherds' Conference Evangelicals today question the historicity of the virgin birth.  Is it important for Christians to believe that Jesus was born miraculously into this world?  And what Roman Catholic views develop concerning Mary? MEDIA LINKS:   MP3 Keith Essex MORE SERMONS
Click to read more...

As It Is Written | Brad Klassen | 2017 Shepherds' Conference 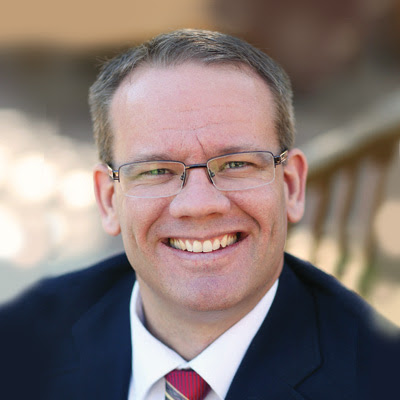 As It Is Written by Brad Klassen The Authority of Christ and the Canon of Scripture 2017 Shepherds' Conference We learn about Jesus's teaching through the writing of the apostles.  However, did Jesus Christ expect that there would be such a thing as the New Testament?  Did He authorize it?  MEDIA LINKS:   MP3 Brad Klassen MORE SERMONS
Click to read more...

May 12, 2017
27  And he said to her, “Let the children be fed first, for it is not right to take the children’s bread and throw it to the dogs.” 28  But she answered him, “Yes, Lord; yet even the dogs under the table eat the children’s crumbs.” 29  And he said to her, “For this statement you may go your way; the demon has left your daughter.” 30  And she went home and found the child lying in bed and the demon gone. We saw last time that Jesus headed northward, perhaps to teach His disciples in private when they met this mother.  Because of her encounter with Jesus, her daughter is free from Satan to experience normal life.  Her faith-filled plea is a teaching opportunity, so let’s see what these verses reveal about it. She comes to Jesus with faithful persistence.  Matthew fills in some intervening information; Jesus at first remains silent to her request, and His disciples ask Him to send her away (Mt. 15:23).  He then speaks—to the disciples rather than the woman (v. 24)—saying, “I was
Click to read more...

May 11, 2017
And from there he arose and went away to the region of Tyre and Sidon. And he entered a house and did not want anyone to know, yet he could not be hidden. 25  But immediately a woman whose little daughter had an unclean spirit heard of him and came and fell down at his feet. 26  Now the woman was a Gentile, a Syrophoenician by birth. And she begged him to cast the demon out of her daughter. Jesus heads northward, perhaps to retreat with the disciples to teach them, seeking to avoid public ministry when they meet this mother.  Tyre was a port city in Phoenicia (modern-day Lebanon), then called Syria.  Since there were also Phoenicians in North Africa, this woman is called a Syrophoenician, a Phoenician from Hellenized (Greek-speaking) Syria.  She’s not Jewish , so her faith-filled plea is a teaching opportunity for the disciples. First, she comes to Jesus with scriptural understanding.   How much she knows isn’t stated, but what she does is startling.  In Matthew 15:22, she c
Click to read more... 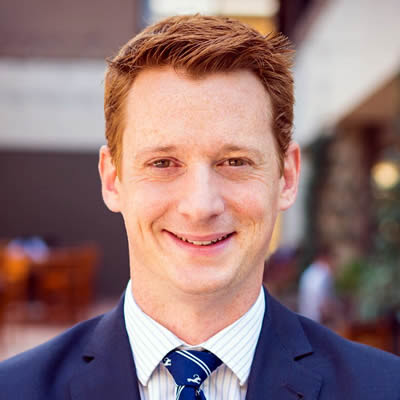 What's in a Name? by Paul Twiss Understanding Jesus as Son of God and Son of Man 2017 Shepherds' Conference What do the themes of Scripture point to?  MEDIA LINKS:   MP3 Paul Twiss MORE SERMONS
Click to read more...

Introduction to Colossians | Colossians 1:1-8 Brian Hubbard | Cornerstone Church of Savannah In this opening sermon on the Book of Colossians, Brian Hubbard introduces the letter and explains the first eight verses.  Philosophies, legalism, mysticism, worship of angels, asceticism all threatened to cheat the Colossians, so Paul writes to refute these errors and turn them back to the preeminent, sufficient Christ.  Jude gives us the character of false teaching, and Paul in Colossians gives us its description. Video: https://www.youtube.com/watch?v=BvlnPS8mxkk Audio: http://www.sermonaudio.com/sermoninfo.asp?SID=54171648322
Click to read more...

May 05, 2017
The Final Word: What Hebrews Teaches Us About Preaching Christ | Austin Duncan 2017 Shepherds' Conference This is one of the best sermons on the topic of preaching that I've heard.  Duncan breaks down the presentation of Hebrews and demonstrates the biblical nature and importance of expositional preaching.  MEDIA LINKS:   MP3
Click to read more...

May 04, 2017
Counted Worthy by Paul Washer Suffering for Christ in a World That Hates Him 2017 Shepherds' Conference (No video for this session) MEDIA LINKS:   MP3  /  SPANISH MP3 We often have an elevated view of persecution in the United States, acting as though a mean look equates to those thirty-nine lashes.  Even so, we do live in a world that hates the truth of God, and its animosity grows.  What should our message and assurance be?
Click to read more...

Who is God? A Debate on the Trinity | Dr. James White v Joe Ventilacion of Iglesia Ni Cristo

I've finally finished watching the recent debate between Dr. James White and Joe Ventilacion of Iglesia Ni Cristo.  If you haven't seen the debate, South Dakota Apologetics has the entire debate (including intermissions) in the video below: Description: Dr. James White of Alpha & Omega Ministries debates Bro. Joe Ventilacion of Iglesia ni Cristo, moderated by Dale Bartcher of Family Heritage Alliance. Dr. White defends the affirmative: “The Bible teaches that within the one Being that is God there exists eternally three coequal and coeternal persons, namely, the Father, the Son, and the Holy Spirit.” Bro. Joe Ventilacion argues the negative. This event is held in Rapid City, SD, in the Best Western Ramkota Convention Center at 6PM MST, on April 21st, 2017. This event was arranged and coordinated by the ministry of South Dakota Apologetics. Some of my own, brief observations: Different name, same story.   I, like many of you, haven't encountered any INC before
Click to read more...
More posts