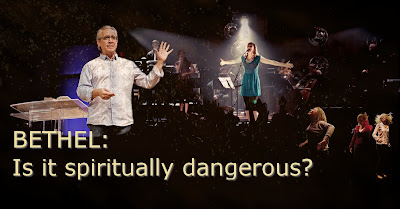 (Part 1 | Part 2)
The first two posts of this series form an important foundation: we must rely on the truth the Holy Spirit revealed to us through His Word, lest we grow arrogant and embrace bold deception in the name of God.  If we lean on our own understanding of how God operates, we will fall.  If we grow unsatisfied with the Bible and seek words and visions, we invite spiritual destruction.

Indeed, the light of Proverbs 30:6 dispels our confusion:

Do not add to his words,
lest he rebuke you and you be found a liar.

In total, we said we must avoid Bethel because it is spiritually dangerous, and we said there are two reasons for that.  The first reason we examined in length last week, that it promotes false doctrine, and we looked at the heretical teachings streaming from the pulpit to computers and MP3 players near you.  If you have not read at least that post, please do so now, because we now turn to the second of these reasons.

Second, Bethel Church is spiritually dangerous because it promotes false signs and wonders.

When Bill Johnson endorsed Todd Bentley back in 2011, he might not have known a few things regarding Bentley's methodology.  Perhaps he did not know that Bentley's prophesies proved false, that he abused people onstage, or that his claims of healing were fraudulent.  Johnson probably could not have predicted that Bentley would instruct Christians to stop sharing the gospel with unbelievers.

Yet, as we saw last week, signs and wonders mark an important part of Johnson's Bethel's ministry, as well, being part of the church's belief that it has to take spiritual dominion over the world in Christ's name.  Unfortunately, that means that we see the same kind of false miracles at Bethel that we saw in Lakeland.


For instance, one of the more spectacular claims is that Bethel worshipers literally bask in the glory-cloud of God (and literally means literally).  Their claim is that God, being so pleased with their worship, fills the auditorium with His shekhinah glory-cloud. Bethel even published a video where Bill Johnson explains the phenomena of God's glory descending upon their worship events.

If you are not familiar with the past manifestations of God's glory, it's the fire that held back Pharoah's army while God parted the Red Sea.  This was the cloud with its thundering on Mt. Sinai that struck fear into the hearts of all of the people.  It filled the mountain at our Lord's transfiguration, causing His disciples to fall on their faces as dead men.  Such an occurrence would seem to render my previous post invalid!  With its cause of holy terror in mind, we have this "manifestation:"


One word comes to mind: disappointing.

You may witness this glorious confetti if you attend Bethel while its music ministry, Jesus Culture, leads worship.  By far, most people know Bethel through Jesus Culture.  As mentioned previously, the band entertained 65,000 students at the Georgia Dome during Louie Giglio's Passion 2013 conference back in January, alongside of respected teacher John Piper.  Bill Johnson is also sending or "releasing" Banning Liebscher and Jesus Culture to Sacramento to plant a church there.  As we saw last week, they see themselves as a movement caught up in taking dominion of culture worldwide, and their brand of Christianity is spreading.

Its vision includes letting people know about God and Heaven.  For instance, Kim Walker-Smith, head singer of Jesus Culture, shares her visions of Jesus in the video below.

In case you don't want to watch the full ten minutes, John Chester gives the best summary of the video below:


She sees “Jesus” who has stretch Armstrong like super powers and uses them to show her that he... loves her "this much".  Then she has another vision where she not only sees Jesus, she also sees the father who reaches into his chest and tears a piece of his heart out Indiana Jones and the Temple of Doom style.  She also canoodles with her vision of Christ and both the father and son of her visions apparently have the habit of bursting into maniacal laughter.


Is it fair to call this experience false?  Indeed, each and every instance in Scripture where a saint encounters God or the glorified Christ causes fear and dread.  In Revelation 1, John saw a powerful Christ with terrible eyes, and John fell to his feet like a dead man.  On the other hand, Smith describes a cartoon character who borders on a personality disorder.  While we are incapable of judging her genuineness and should not try, we can say with confidence that she did not encounter the true Christ or God of the Bible.


As one Calvary Chapel pastor said while facing down a false prophet, "When miracles are emphasized, Jesus is denied."   Unfortunately, as we saw, the Bible fades into obscurity as the church promotes false and heretical teachings.  As the drift from the gospel and Word of God continues, the teachings coming out of Bethel Church will only become more bizarre and heretical.  Here are a few examples: 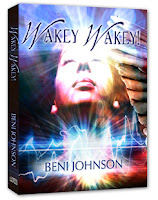 Sadly, just as Kim Walker-Smith expressed, ensnared Christians can live only for the next experience.  Their experience is, in fact, a dearth of Scripture creating a void of true encounters with the Spirit in the text.  They need something, anything, to reassure their troubled hearts; they plan special events like "glory raves" so they can soak up more experiences.  The past excitement of the rapids now leave them wanting the solid rock of the Word, and hopefully they can find it on the riverbank rather than over the edge of the waterfall.

Those coming for healing experience the same want.  Despite anecdotal evidence to the contrary, Bethel's fire tunnels and healing rooms leave people with their eyeglasses, hernias, and original woes.  Jesus Culture events drag the paralyzed from wheelchairs and leave them in pain and distress.  When the glory cloud dissipates, so do the altered states, and bewildered believers face cold reality.  Just like it was with the Lakeland revival, stories of healing evaporate as soon as the fog machines power down.   They are false miracles, signs of deficient Christianity, and no wonder.

Dear reader, please note this.  It matters that Bethel preaches a Christ different from Scripture.  It matters when tens of thousands of teens download Jesus Culture music and then embrace false doctrine and experiences.  It matters when the Johnsons, the worship leaders of Jesus Culture, and the students of BSSM claim supernatural anointing if they are wrong about it.  It matters, and we fail in Christian love for one another to not point it out, for it could possibly keep a brother or sister from stumbling.


I appeal to you, brothers, to watch out for those who cause divisions and create obstacles contrary to the doctrine that you have been taught; avoid them. For such persons do not serve our Lord Christ, but their own appetites, and by smooth talk and flattery they deceive the hearts of the naive. (Romans 16:17-18)

Shaun Marksbury
Fruita, CO, United States
Shaun's primary occupation is his wife, five kids, a couple of dogs, and even a cat. After serving for the past nine years in Savannah, Georgia as a pastor and a jail chaplain, he's now answered the call to serve as pastor-teacher at the Living Water Baptist Church in Fruita, Colorado (https://www.lwbcfruita.org/). Follow on Twitter @marksbury